He finally did it. After 10 years of racing the Enduro World Series (EWS), Jesse Melamed really brought home the bacon in 2022, winning the EWS Championship after an impressive six podium finishes. As the first Canadian to take the coveted world title, the Whistler-raised rider is inspiring a whole flock of up-and-coming Canuck enduro racers.

We reached Jesse in Finale Ligure, Italy after he and Rocky Mountain-Race Face Enduro teammate Remi Gauvin had put away their final European racing block at Trophy of Nations. 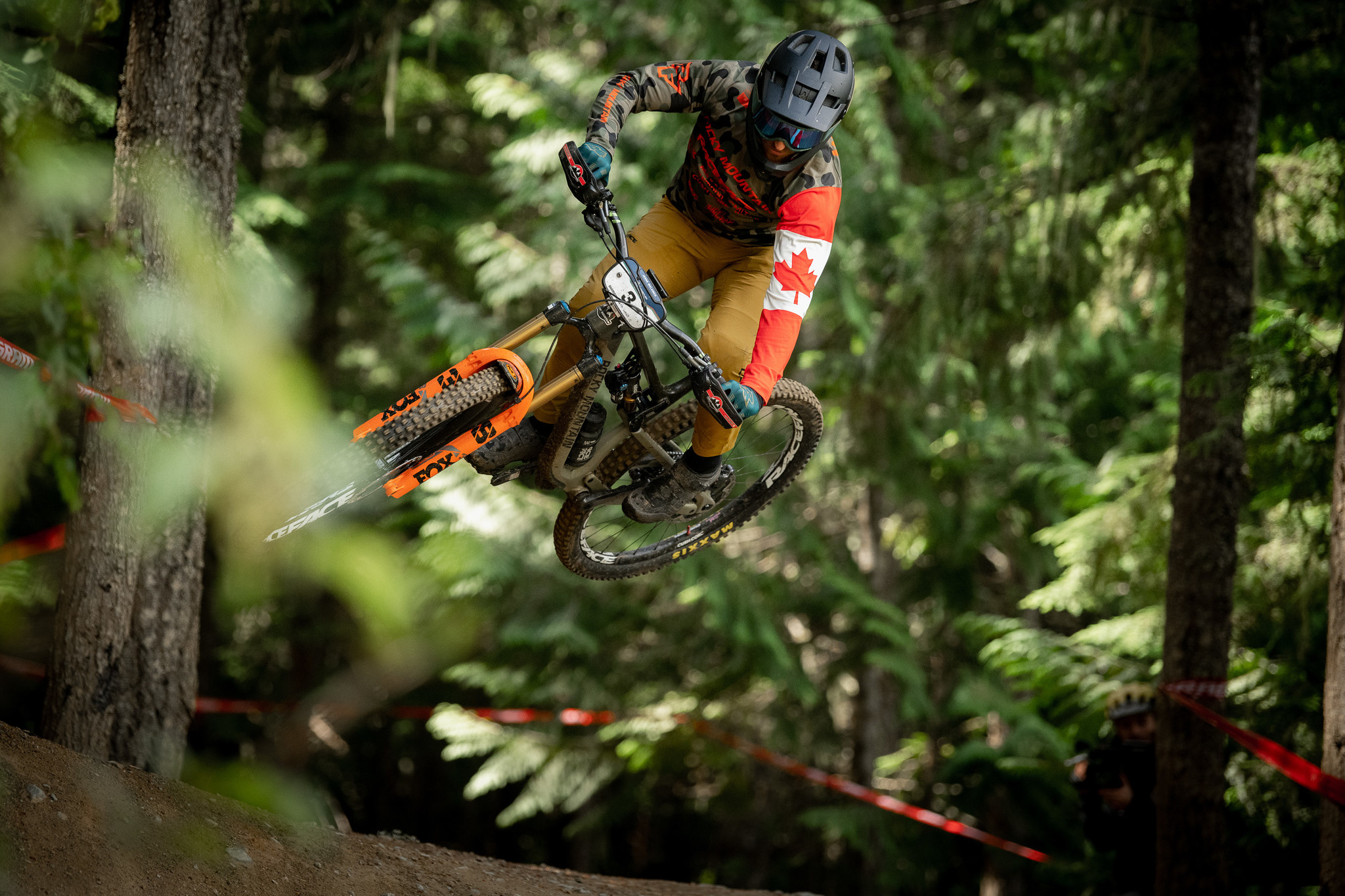 RF: First off, congratulations on your championship! How did you feel going into that final race day in Loudenvielle and how did you feel crossing the line?

Jesse: I had a decent points gap going into Crans-Montana, and while (championship runner-up Richie Rude) and I both had bad races at Crans, we still both made the top 10. With one race left in Loudenvielle, I knew it was mathematically possible for Richie to win, so I didn’t let myself believe I had it in the bag. I was riding really well so I wasn’t too worried about crashing, but mechanicals can always ruin a stage. About halfway through the day at that final race, I knew from the stage results that Richie wouldn’t get the points he needed to win, so I just really enjoyed riding my bike for the rest of the day. I was just trying to tell myself “Enjoy the trails and enjoy the crowd because this is everything you’ve worked for.” I came down that last stage across the finish line and I was in disbelief. 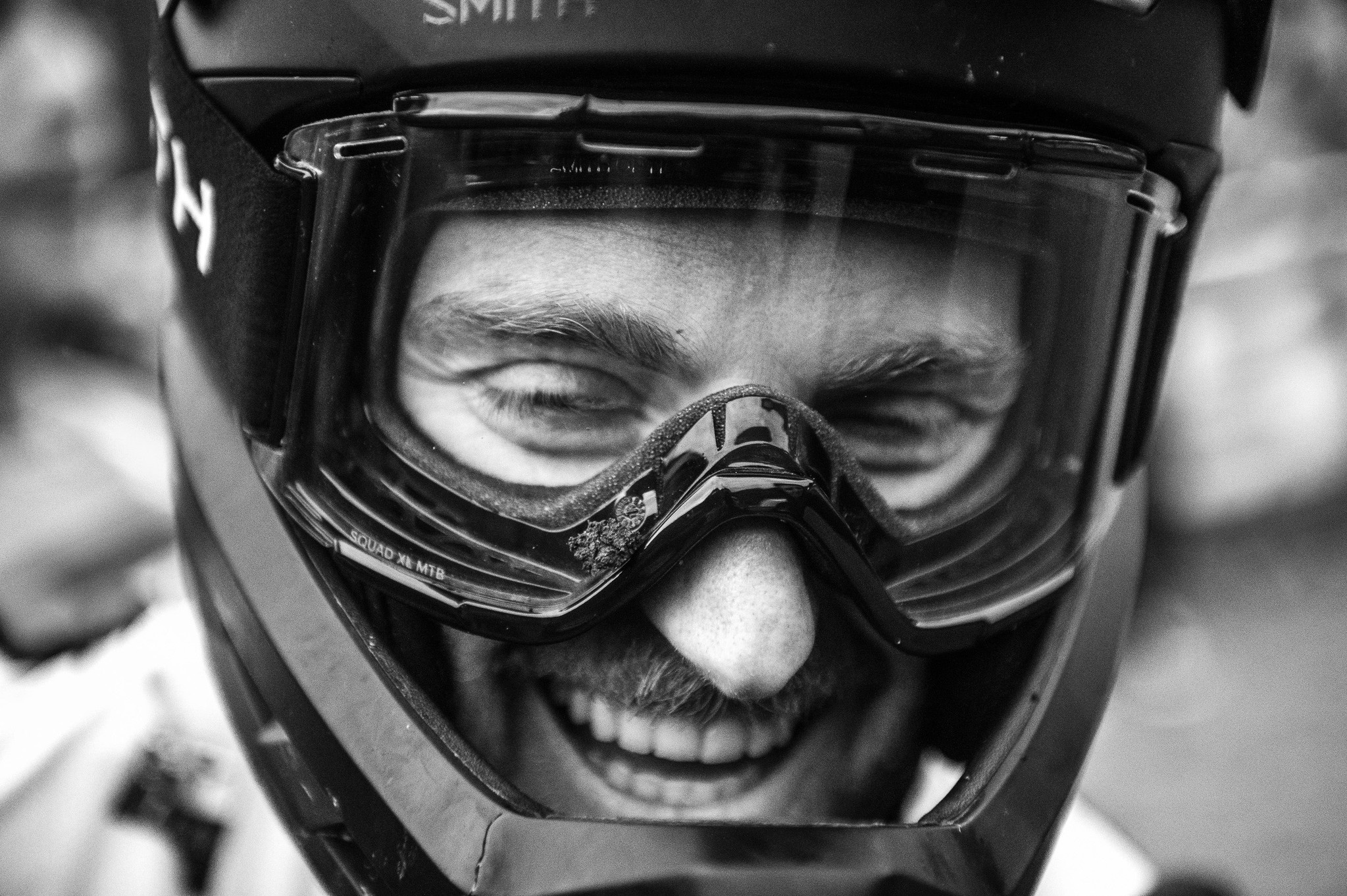 “I was just trying to tell myself ‘Enjoy the trails and enjoy the crowd because this is everything you’ve worked for.”

RF: Disbelief is understandable in the moment. Did it start to sink in over the following days and this past weekend in Finale Ligure?

Jesse: It did. What I appreciate the most is the respect from my peers. At the end of the day, it’s an individual sport. You can’t get upset about someone else beating you. It was cool to see all the camaraderie, that’s what I cherish the most. Fans are going to like whom they’re going to like, and they generally gravitate towards the best. But being held in high regard by other racers is really special.

I don’t know if I’m the best champion. I’m kind of quiet and humble and I just want to go about my business and get my work done. I think I need to be a bit more open and accepting now.  You know, make it look like anyone can come up to me and ask for a photo or whatever. I want to inspire everyone to ride their bike, especially the next generation. 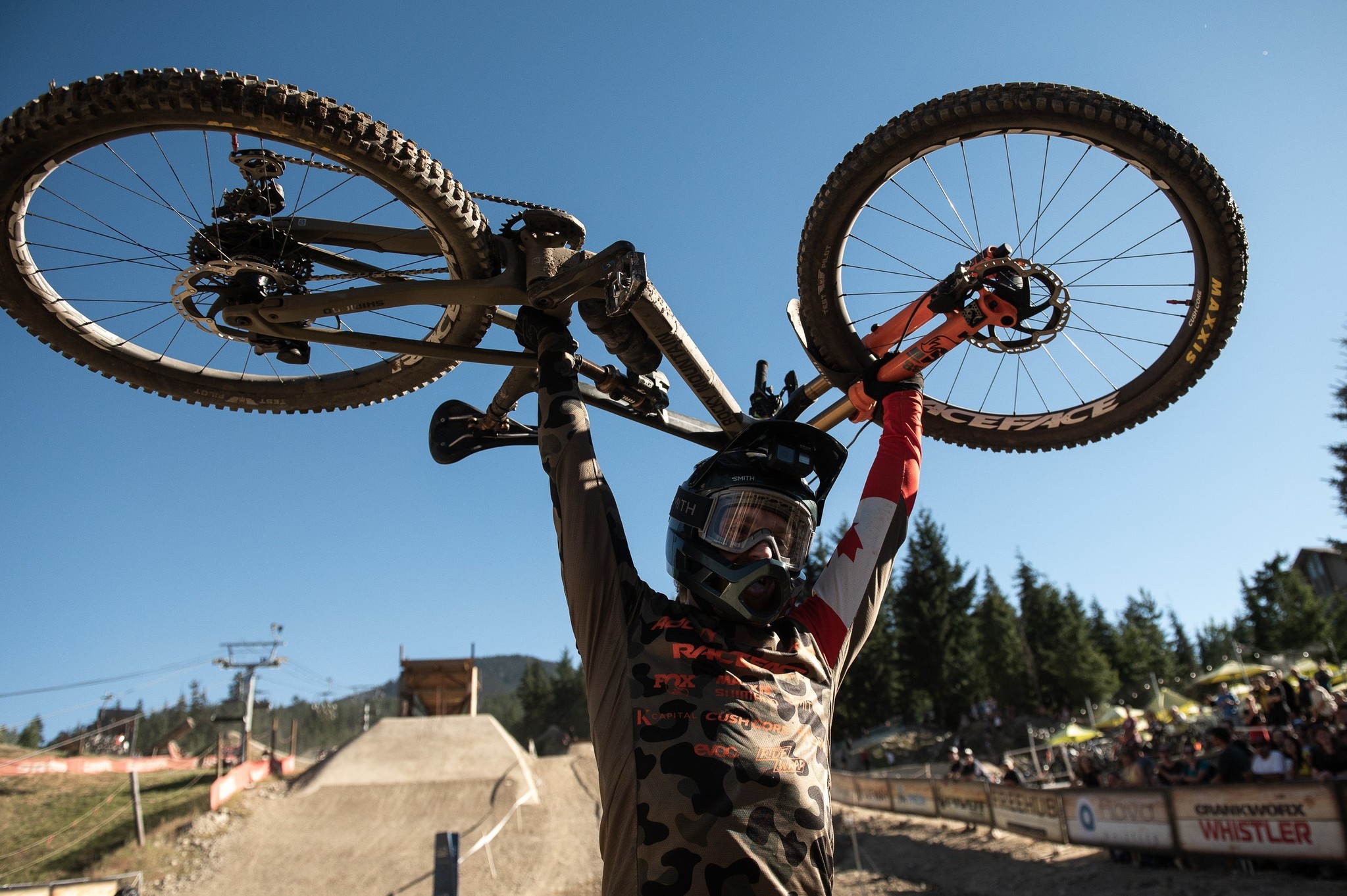 RF: It’s been a big year for Canadian mountain biking with the likes of Jackson Goldstone, Gracey Hemstreet and Finn Iles all taking wins on the world stage. Is it almost time for Canadians to dominate and get taken for rides on top of police cars, as we saw with the French when they cleaned up at World Champs?

Jesse: We have a really impressive riding scene on the west coast of Canada, and that’s firing kids up. They see it and they want to repeat it. We have a strong generation coming up in Downhill, Cross-Country and Enduro. It’s fun for me to watch because all these kids are in the same boat I was in almost 10 years ago. It often feels like it’s a Europe-based sport because so much of it happens over there. Canada is showing the world that it’s possible to battle against the Euros. We certainly have the talent.

“I want to inspire everyone to ride their bike, especially the next generation.” 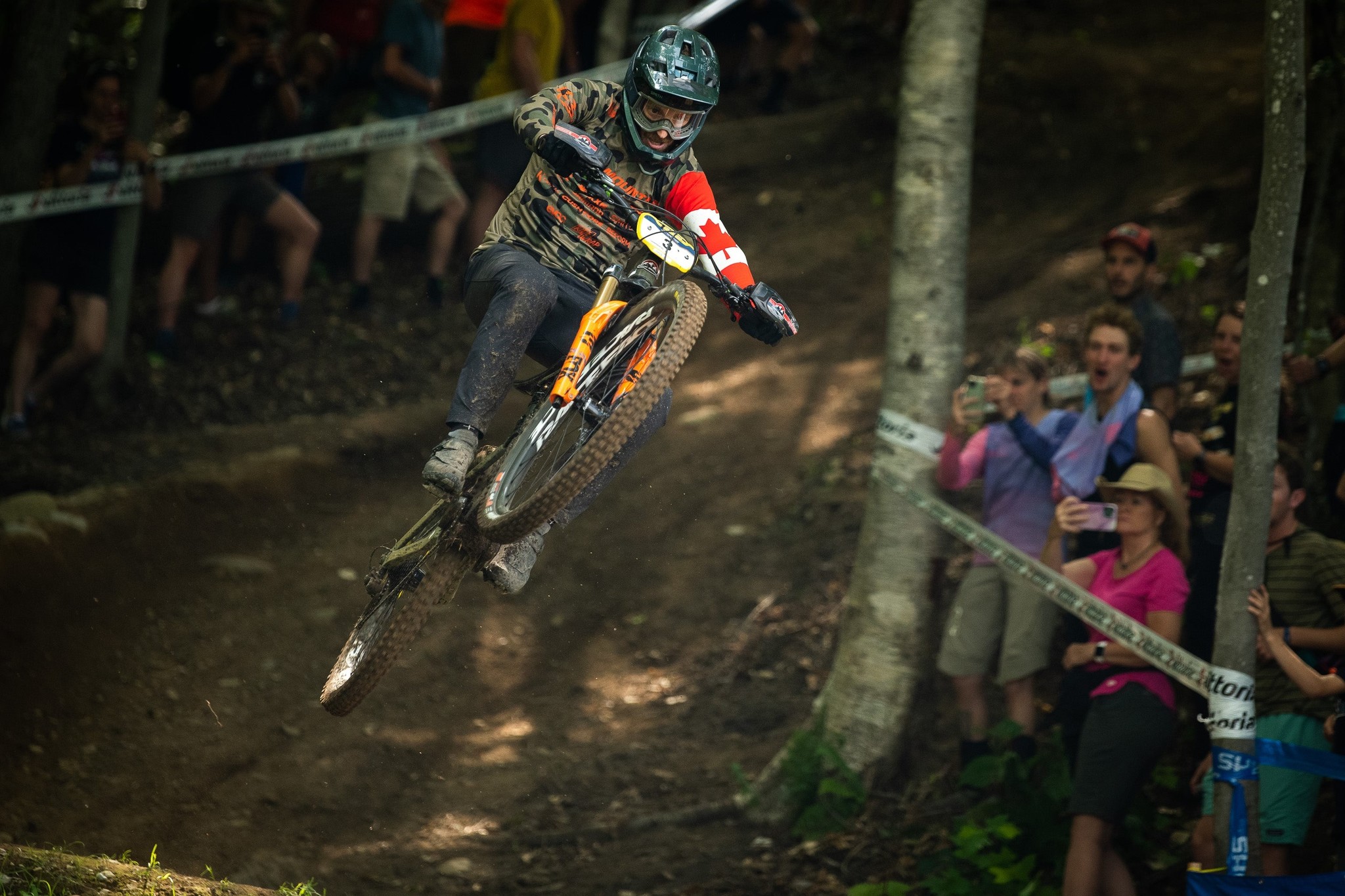 RF: Was there a point in your 10 years of racing EWS when you could see yourself taking the title?

Jesse: I’m hesitant to say this because I did mention I was humble earlier… But I’ve always felt like I was going to be really good at something. I’m a hard worker and I dedicate myself to whatever it is I’m passionate about. First, it was hockey, then skiing and later mountain biking. Biking really suited my strengths and for a long time, I was learning, and I was struggling. Then I started to get some top 10s and I felt like I really could get the overall win. When I was going through injuries for a couple of years, I’d always come back inside the top 10. I knew it was within reach, I just had to figure some things out and needed it to go right. That’s what it takes to win a title. I wasn’t some young talent; it took a long time to develop it. I didn’t quit, and 10 years later, it happened. 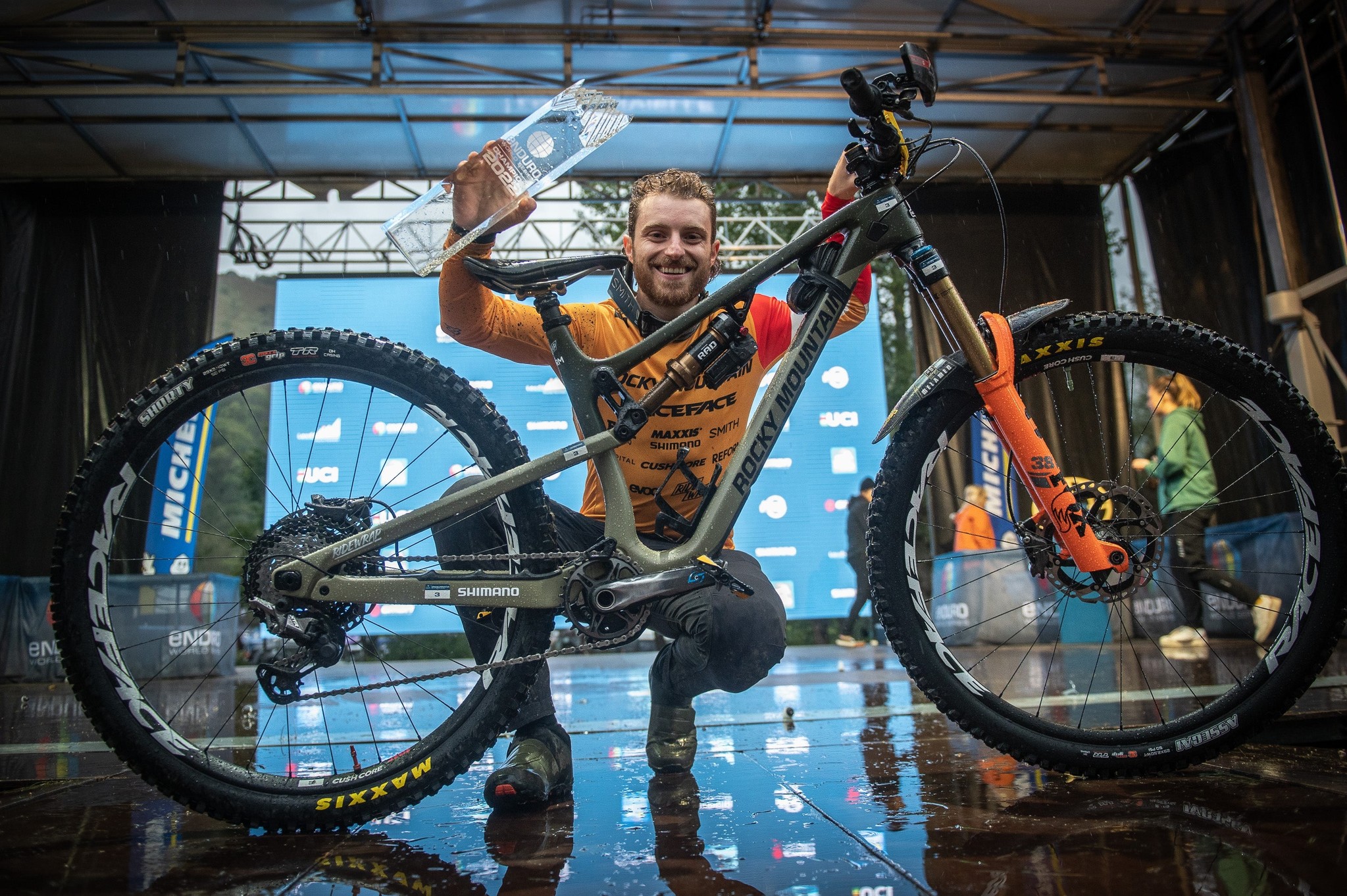 Not Just for Show

RF: You mentioned that there was a bike setup change that really helped your performance this year. Can you speak about that?

Jesse: One of the big things that go into racing, that people maybe don’t think about as much, is how the bike works for you. I had all these crashes for three years. I was on a short stem on a slack bike and all my big crashes were just front wheel washouts. I had a chance encounter with Bryn Atkinson and he said “a 40mm stem is where you should be, that’s the shortest you should go.” I was always scared of the big bikes I was riding so I’d still been riding a 32mm stem since the latest Altitude frame update in 2020. Now with a 40mm Turbine R stem on it, the bike is definitely on the big side for me, but the change helped get my weight over the front and get that traction. It took me almost two years to really figure this bike out, but the setup I have now has really allowed me to push my limits and it’s made a real difference.

“You need a bike that’s going to save you when you can’t save yourself.” 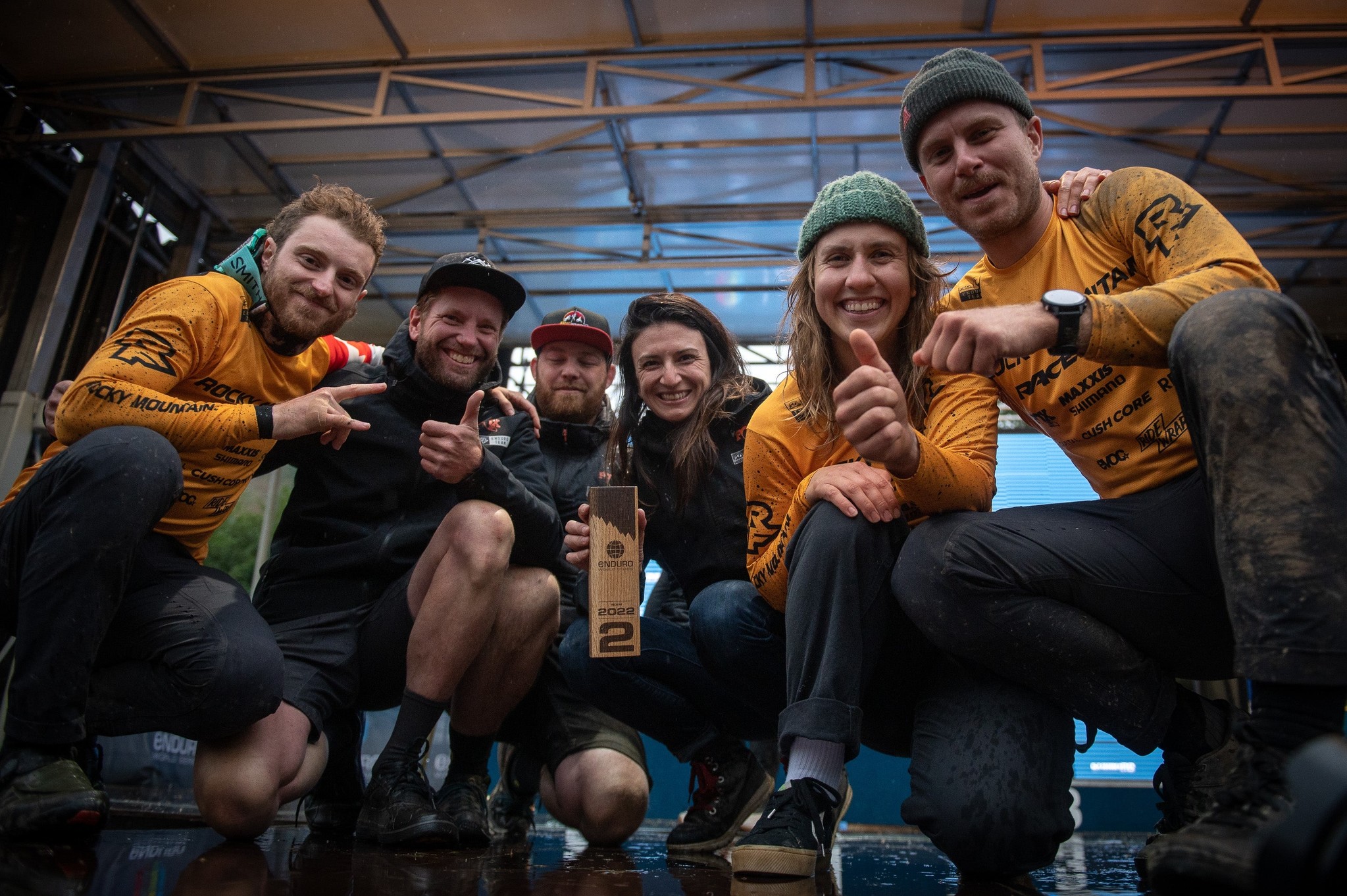 RF: What does a well-set up bike for enduro racing look like to you?

Jesse: The geometry and build choice for those big enduro race days has to be dialled for comfort and efficiency. It’s wheelbase length, front-center to rear-center ratios, it’s your reach, it’s your head angle… You need a bike that fits you and works for you.  Today we had two 13-minute stages. We’re absolutely cross-eyed at the 13th minute, we’ve got nothing left. You need a bike that’s going to save you when you can’t save yourself.

Jesse: Finale was a bit of a half vacation week. After getting the title I gave myself a few days just to enjoy it.  I take the season very seriously and I take my job very seriously. For eleven months of the year, I’m on. I don’t really drink and I sacrifice a lot of other things. It’s unfortunate we didn’t have the best Trophy of Nations, but afterwards, Remi and I planned a week with friends in Girona and Barcelona. We’re renting some gravel bikes and we’re really going to enjoy the European lifestyle a bit. We do see the world when we’re travelling for racing, but we don’t get to experience it as much. I’m looking forward to enjoying the food, the culture, and some late nights out. After that, I’ll be heading home to Whistler to get some fall riding in. But I’m not one to rest on my laurels, so it’ll be straight back to work for 2023.

Leave a comment
Recent articles
Tags
As featured on the Amazing Race
All bikes on SALE now!
Free shipping on orders over $250*