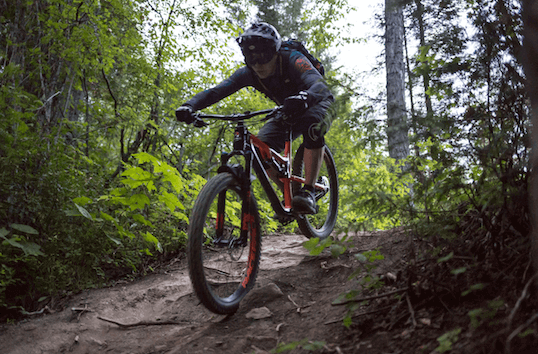 Jean-Christophe, JC for short, grew up in the suburbs of Paris, France. He first discovered Canada during a university exchange in 2006.

A few years later, after moving to the French Alps for his business career, he created his own t-shirt company, studied bike and ski mechanics while snowboarding, mountain biking or hiking in the Alps every weekend.

At this point he knew that the mountains would always be a part of his life. A couple of years ago, JC went on a 10 month World Tour which ended in a month of exploring beautiful BC, and that’s when he discovered fantastic Fernie... 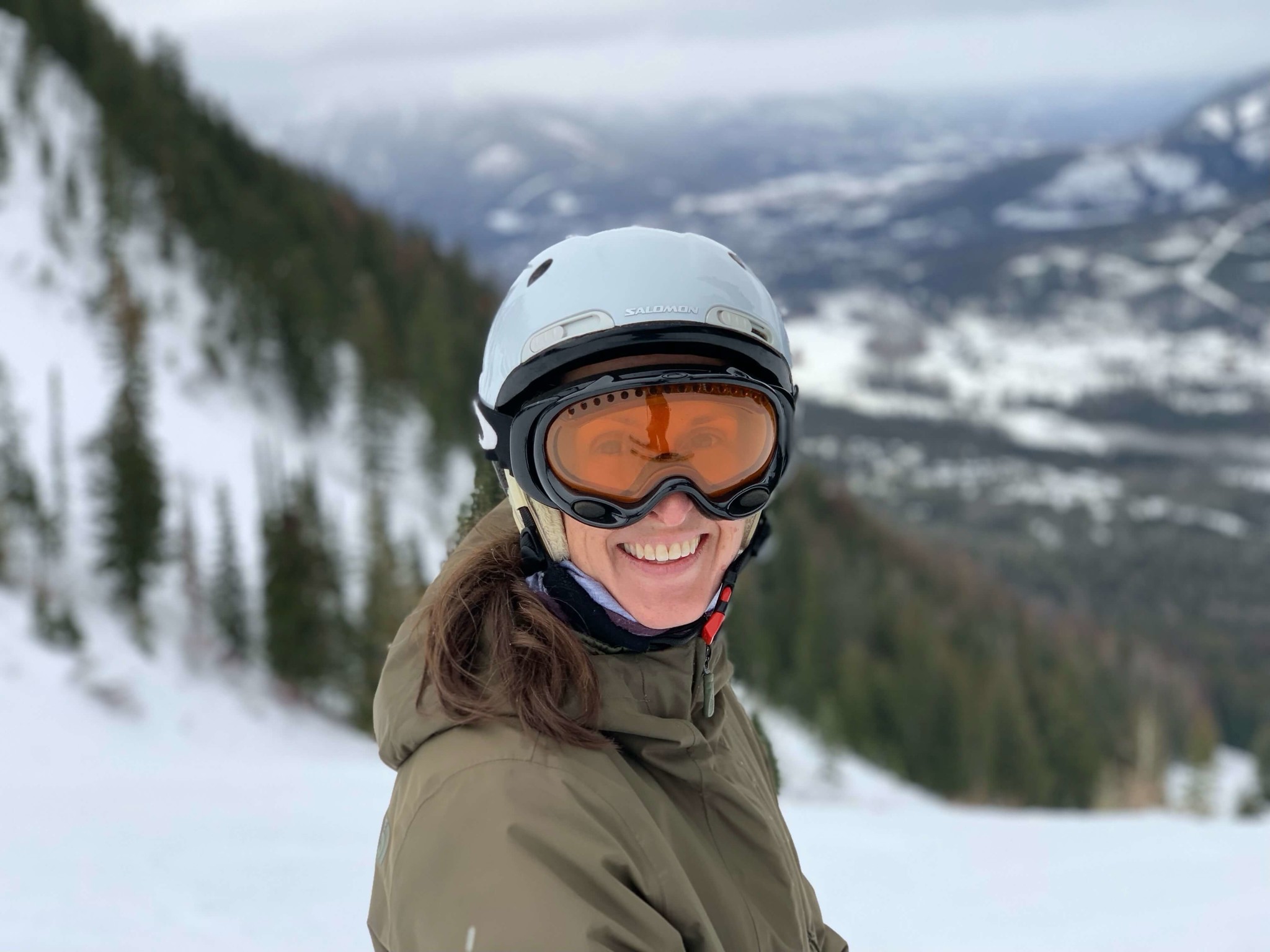 Having spent many summer and winter weekends in and around Fernie, Ashley knew this was where she wanted to call home one day.  So, after years as a CPA in the corporate rate race and wanting something different for her family, Ashley moved to Fernie in 2017 and traded in her suits for flannels.

If you don’t catch her crunching numbers, Ashley is usually hanging with her husband and two kids somewhere in the trees.  But in her free moments, she also loves to ski in the winter and bike in the summer. 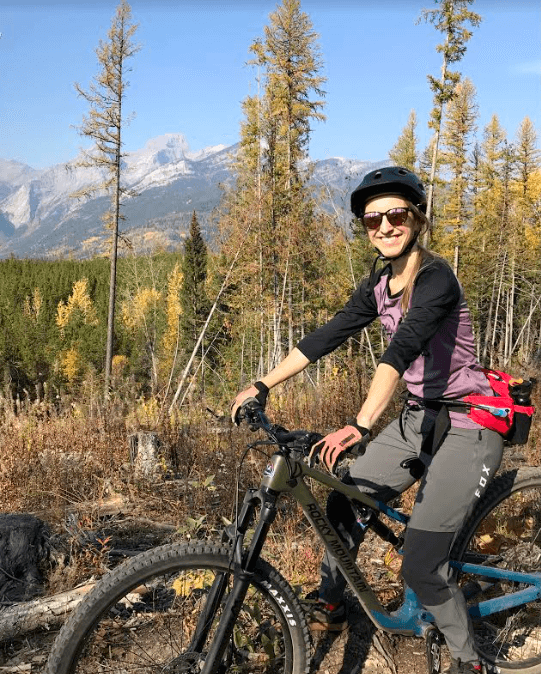 Though Angélique originally hails from the land of lakes Ontario, mountain tops and alpine flowers have been pollinating her dreams since childhood.  If she’s not in her food forest garden, she can be found splashing in the river, biking and hiking alpine landscapes (often outnumbered by dogs), xc-skiing, snowshoeing, making bread, and spreading peace and love to the mountain people of Fernie. 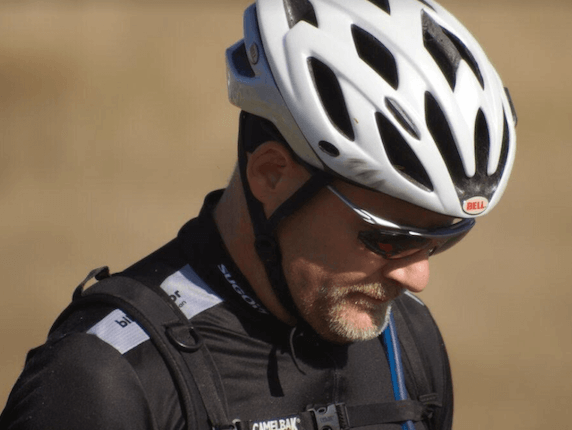 Mark was born & raised in Saskatoon. Mark first came to Fernie for the mountain biking some 15 years ago and fell in love with the place. When the job opportunity popped up at GearHub - he jumped and he made the permanent move to Fernie in August 2020.
He loves mountain biking, hiking, golf, kayaking, snowshoeing, and skiing. 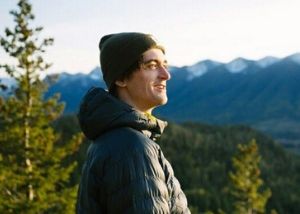 Hailing from a small village in the UK, Toby first arrived in Fernie whilst bikepacking the great divide mountain bike route and has dreamt of coming back ever since.

His yearning for mountain life was finally fulfilled when another bikepacking adventure lead him back to Fernie.

Usually found out exploring on his bike, Toby is a lover of everything outdoors as well as long walks along the elk river with Jeff. 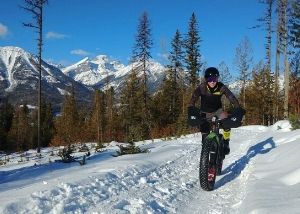 Dylan started racing mountain bikes in the 90's back in his hometown of Thunder Bay, ON and hasn't looked back. After spending a few winters in Fernie back in '03/'04, he fell in love with this gem of a city and always wanted to return. In 2018 he finally made that dream come true, made the move out west and will forever call Fernie home.

Dylan has competed all over North America and raced at the elite level for years. He loves spending his time fat biking, snowboarding, nordic skiing, snowshoeing and playing hockey when the ground turns white. 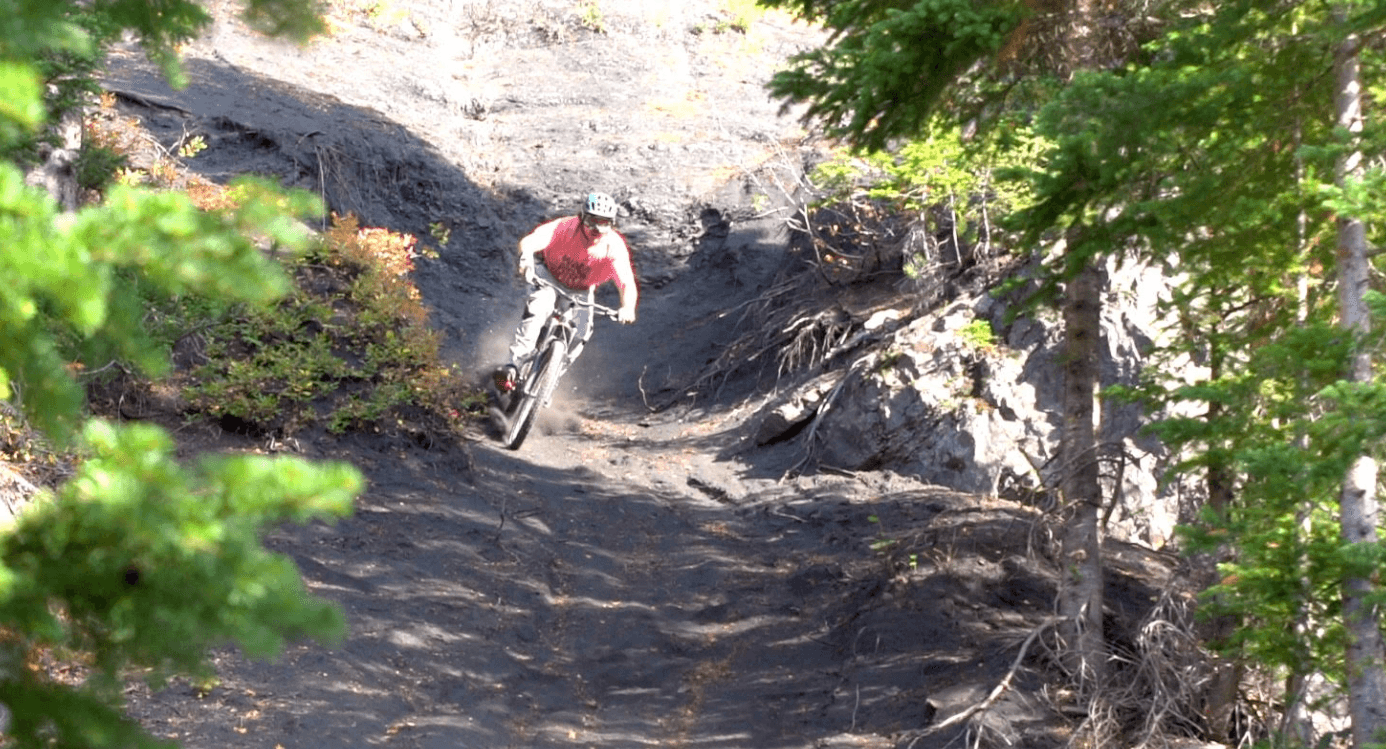 Originally from Oxbow Saskatchewan, Bryson grew up playing hockey, racing motocross, and dreaming of a life in the mountains. After graduation he worked as a Derrick-hand on a service rig until a work accident resulted in a close call, almost loosing his hand. Afterwords he frequently traveled to Fernie on weekends between physio appointments to snowboard. In the fall of 2021, Bryson and his girlfriend made the move to Fernie, while simultaneously taking online school for Parts Management. He most enjoys spending spare time riding his mountain bike, snowboarding, side by siding, or floating the river with friends. 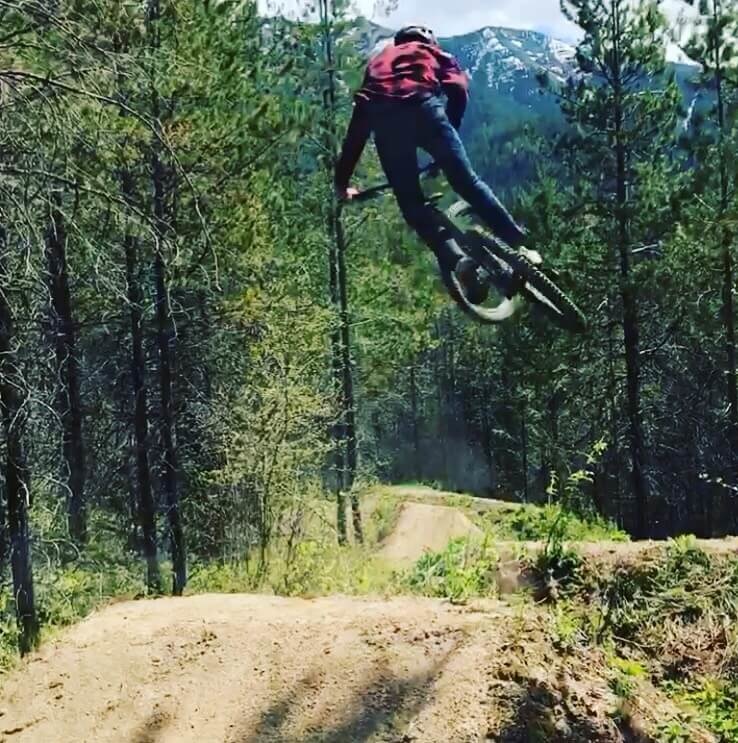 Jeff was born and raised in Prince George, BC, where he first learned how to mountain bike.

After spending his weekends in Fernie over the summer, he decided to make the move and join our team here at GearHub.

Whether he's finding new lines out on his bike, hiking Fernie’s amazing trails or taking long romantic walks along the elk river, you’ll be sure to see a smile on Jeff's face! We are happy to have him here in Fernie and part of our team. 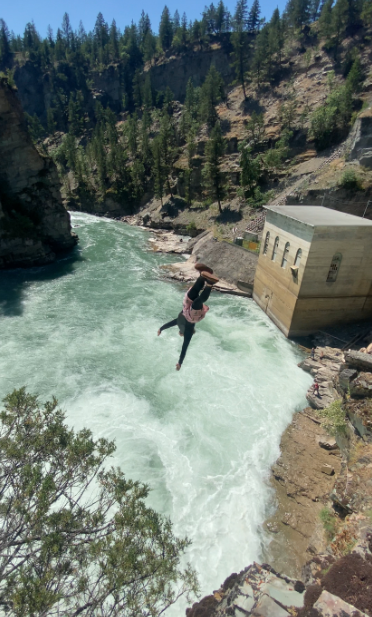 Kale was born in Calgary AB, but moved to Fernie when he was 6 to experience the mountain lifestyle.
He skied with Fernie Freestyle ski club, and eventually joined the competitive team, traveling BC and AB to compete in slopestyle and mogul skiing. He joined the Gearhub team wanting to learn       more about bikes and skis.
He now shreds the gnar with his homies, and cliff jumps in the summer. 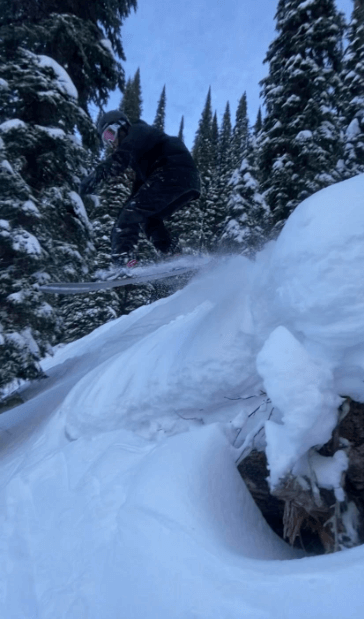 Emile was born and raised in a small town in Quebec where he fell in love with mountain biking. From that moment on, he knew he needed to be in the mountains.
Emile landed in Fernie seeking steep trails and sweet pow turns. Growing up around bikes, snowboards and skis, he is definitively a knowledgeable person to have around the shop!
When he's not at the shop, you can probably catch him seeking a new adventure somewhere in the mountains! 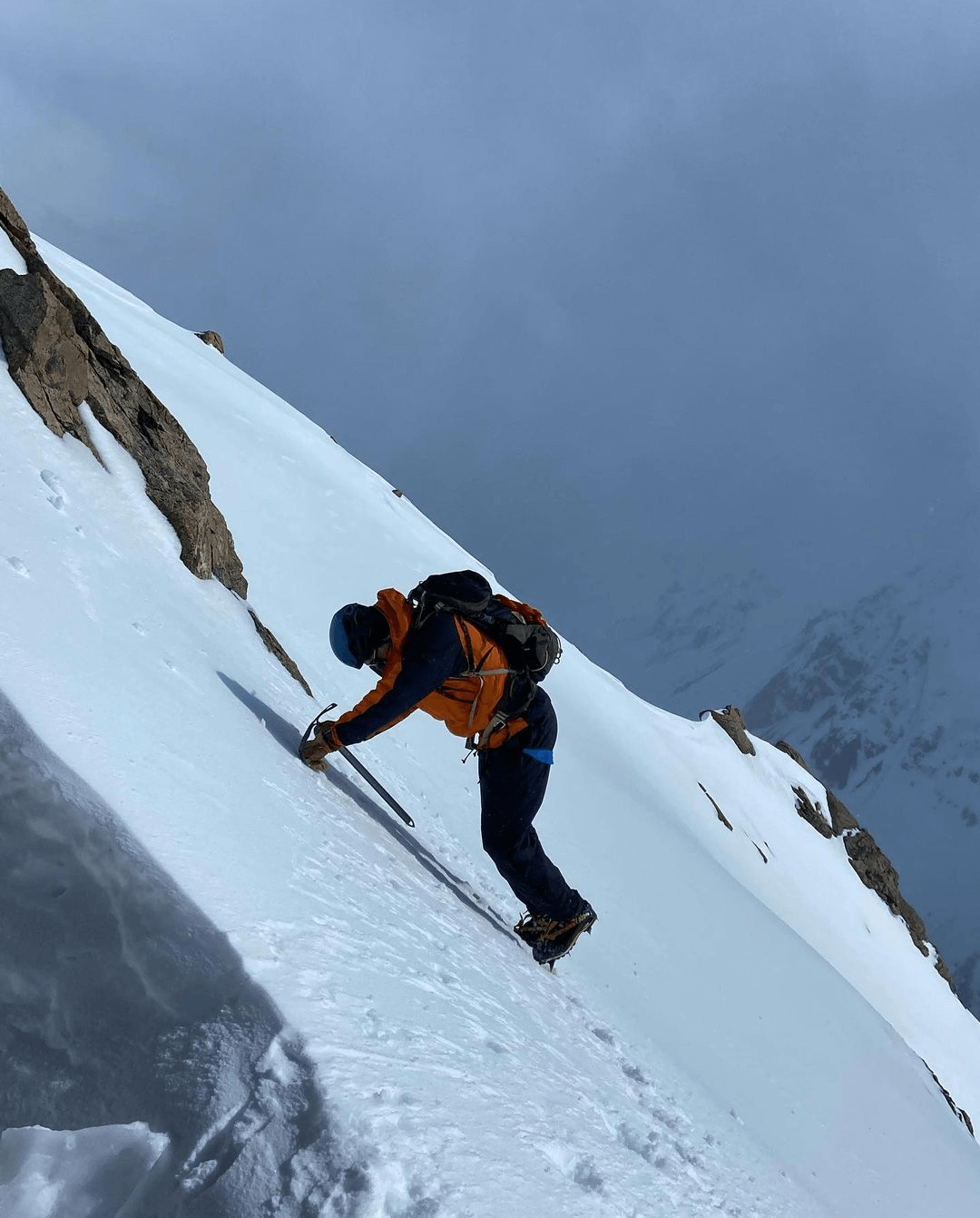 Nick has joined the Gearhub team after a 5 year stint in New Zealand spending a large amount of that time living out of a van between various mountain adventures. Ever since leaving high school Nick has been on the move. He explored places like Nepal,Peru, Cambodia and America (just to name a few) As Nick saw the world he explored not just the landscapes,but the activities within. He became a keen hiker, from the Grand Canyon, solo trips in the Himalaya to completing "Te Araroa" a thru-hike that cuts all the way through New Zealand. Nick is buzzing at the idea of spending the foreseeable future in the BC mountains whether its touring,rock climbing or running in the hills. 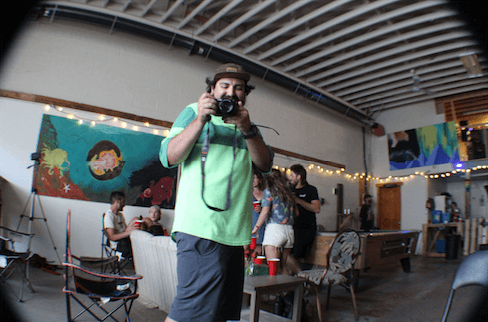 Pat was born in southern Ontario and raised outside Calgary, he's been visiting family in Fernie since '98 and fell in love with the town. 5 years ago, he decided to make the move to Fernie and has never looked back.
Pat enjoys DH biking in the summer and both skiing and snowboarding in the winter. Above all, he enjoys capturing his friends living the Fernie life on camera. 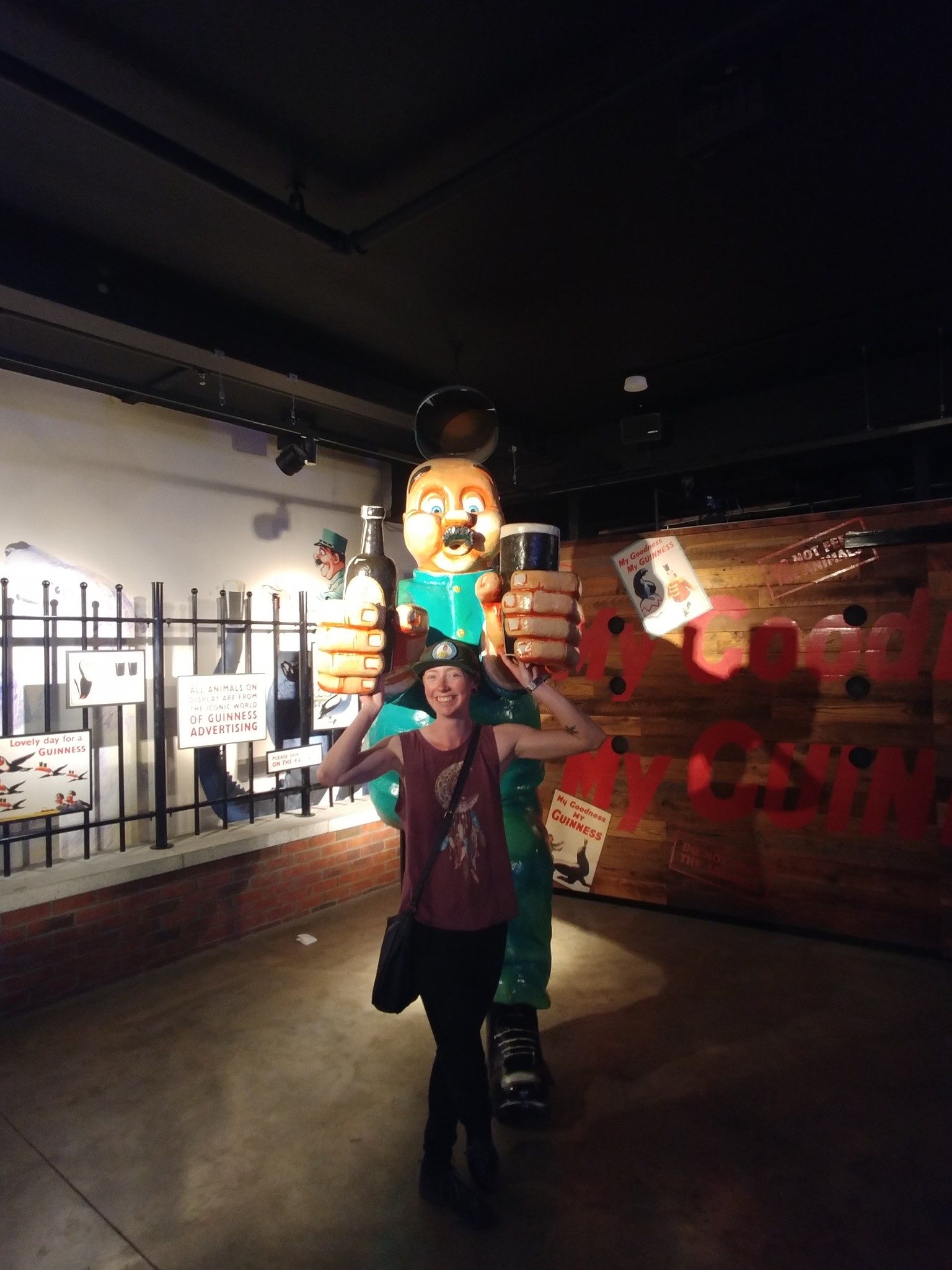 Abby first experienced Fernie and its famous powder skiing during a 2 day trip in 2012.
After graduating from UWaterloo in 2016 Abby followed family to Kimberley BC before moving to Fernie for the 16/17 season.
The vibrant culture of the town and the legendary snow were too much to ignore and Fernie quickly began to feel like home. 6 years later and the feeling's still strong!
Abby fills her free time with snowboarding and XC skiing in the Winter and biking and camping in the Summer. 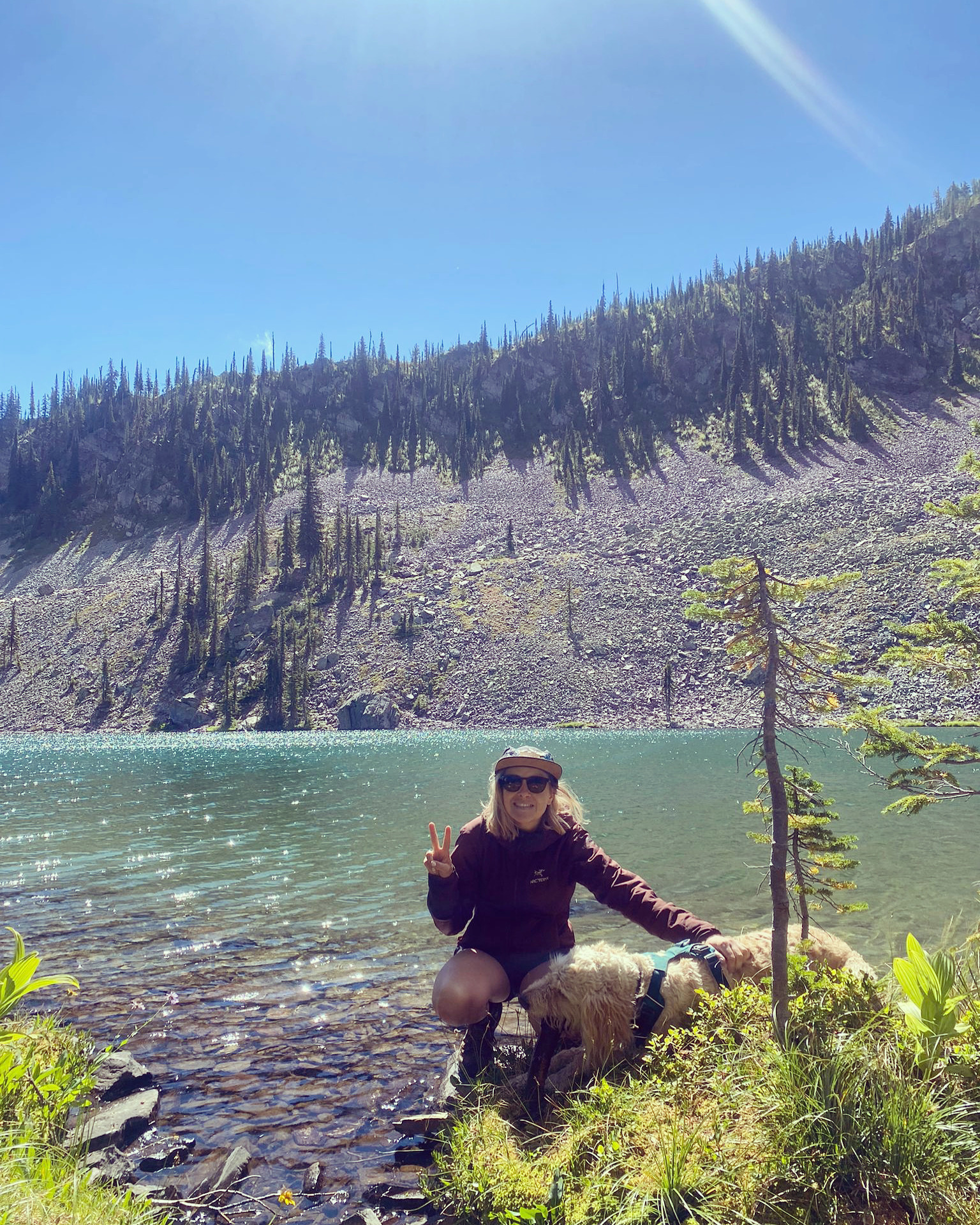 Haley moved from Vancouver Island to Fernie in 2007 with not much more then a snowboard and a dog, searching for legendary pow. Years later, she has traded the board for cross country skis      and a mountain bike. She's stoked to have found her way to the GearHub team in 2022, combining a love of outdoor activities with good vibes and good people. 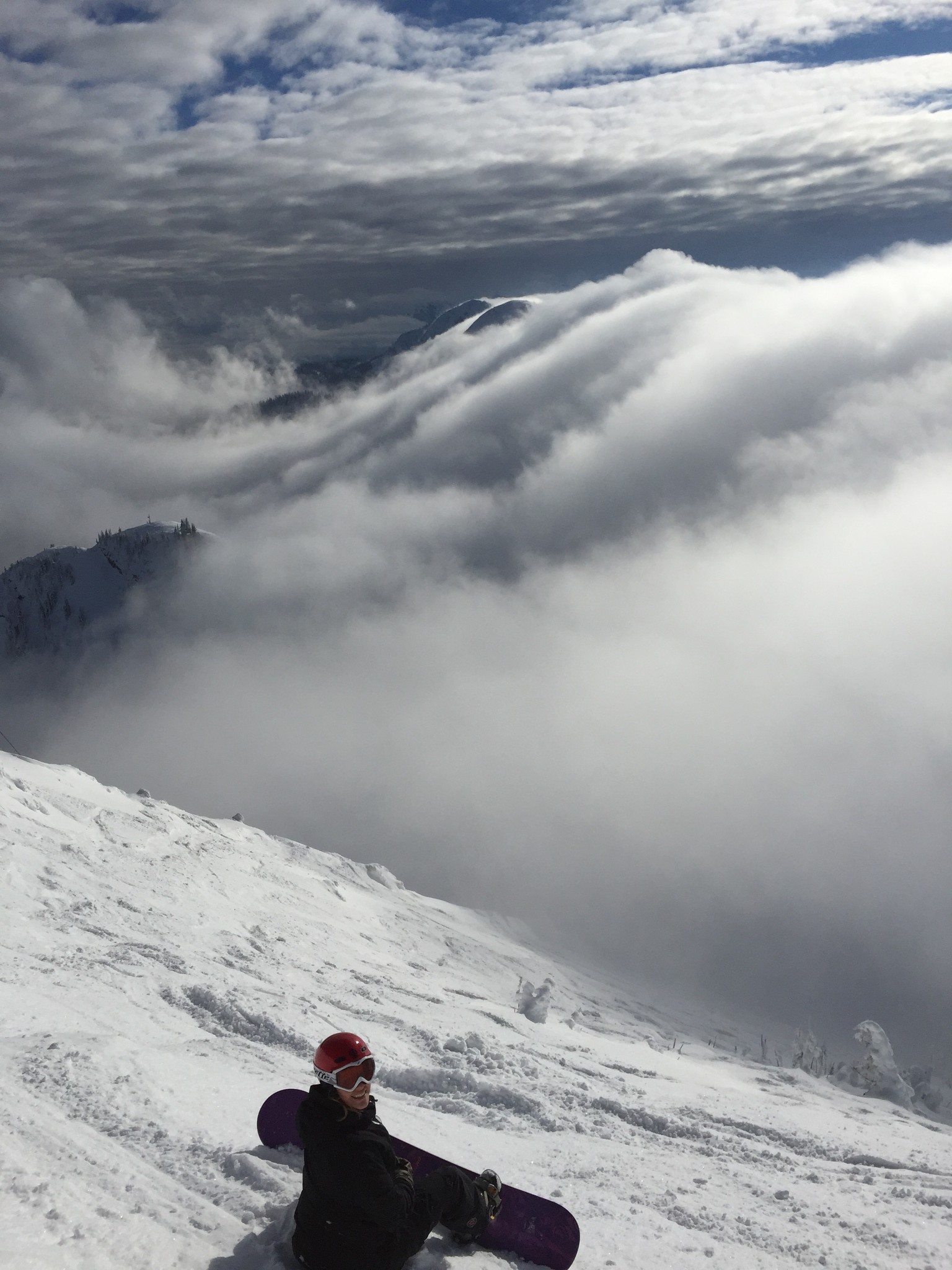 Tanya grew up in the rural Central Alberta Foothills, and the Rockies on the horizon were never far away to visit on weekends for adventures hiking, camping, or playing in the snow.  After her earlier years of international travel and urban dwelling, she and her partner decided to head for the hills and raise a family.  Deep pow - and coal – landed them in Fernie in ‘07, a place visited since being teenagers and now call home!

She loves the feel of blasting through feathery snow on steep lines, hucking a disc, skating smooth concrete or fresh ice, surfing and waterskiing a glassy lake, and she’s learning to like the singletrack ups as much as the downs. 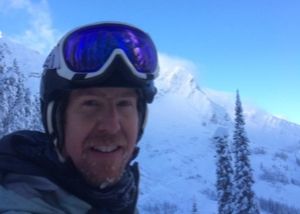 Mark’s dream of owning an outdoor shop began not long after his first high school ski trip, and came to life in 2010 when GearHub first opened its doors in Fernie BC!

Mark’s love for sports and the outdoors has always been his motivation to do more (and more, and more)! Mark loves it all - skiing, biking, kayaking, climbing, sledding, hiking, mountaineering, you name it! Mark believes that outdoor adventures bring us clarity and peacefulness and excitement all in one go.

Mark is known for his contagious passion for the outdoors - a passion that is felt and shared by happy customers, staff, and friends alike! 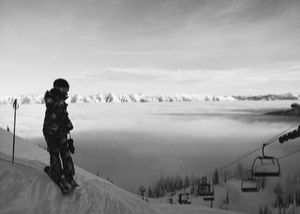 If you think hucking cliffs, riding down a mountain at Mach 2, or challenging that favourite rapid of yours is tough – try being a stay at home Mom!

All jesting aside, Aaron does have lots of athletic experience to talk about. In 2008, she took home First place in the Fitness category at Saskatchewan’s Amateur’s Bodybuilding competition. Then in 2009, she took home 2nd Place in both Women’s Figure Tall, and Women’s Fitness categories. So, when you need to talk to someone about how to get that body of yours in shape, no matter what the reason – Aaron’s your girl!! 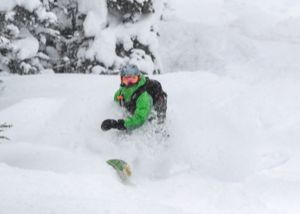 Raised in the prairies, Jon now calls Fernie his home. While he’s still waiting for his official “Local” designation, in his heart he knows this is where he was meant to be. A beautiful family, 23 years and counting in the IT industry, and a lifetime of searching adventure, Jon knows he has the ingredients to help GearHub be the best sports store around!

As featured on the Amazing Race
Select bikes on SALE now!
Free shipping on orders over $250*