Home / ABOUT US / GearHub Sponsored Athletes

GearHub is proud to sponsor and support a variety of shredders, from talented local kids to professional athletes. Here's a bit about them: 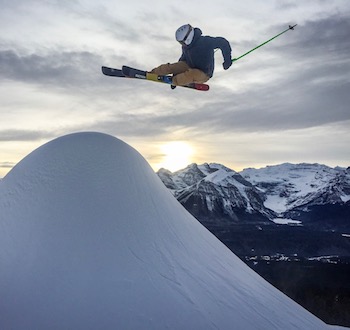 When he’s not skiing, Ben works as a Journeyman Cabinet Maker, and enjoys biking, climbing, all sports, and building stuff!

This season Ben hopes to ski a line on the North end of Mt Hosmer that he’s had his eye on for a while! 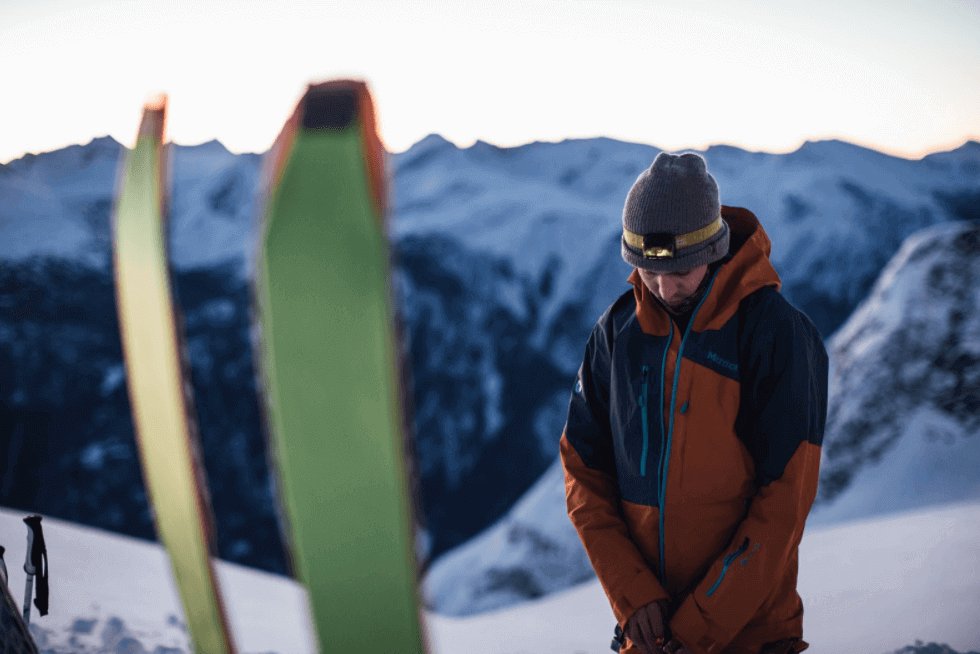 As a true adventure seeker, Caleb is always looking for the next mission to take him out of his comfort level and push his boundaries. Skiing is his favourite way to do this. He spends most of his time in the backcountry just outside of the ski hill that raised him, Fernie Alpine Resort. His background is big mountain skiing, having competed as a top athlete in the Freeskiing World Tour from 2011-2014 and he still continues to show he can compete at that level whenever he chooses to. Lately though, he is focusing more on local projects, trying to make his mark on the endless terrain Fernie has to offer and also venturing out to the far reaches of BC in search of larger mountains, even more extreme big lines and things that have not yet been done before. You can often catch up with Caleb in the lift lines at the resort, waiting at the fence for the next piece of terrain to open, and when the time is right and the Patrol allows it, you might even be able to see his tracks above the bowls. Caleb's other sponsors include: K2, Marmot, Smith, Le Bent, BCA, Fernie Alpine Resort, Cast Touring 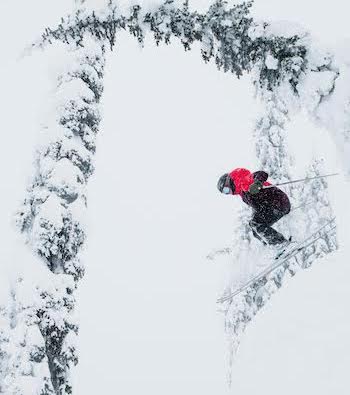 Connie grew up skiing with her family, moving from New Zealand to Canada in 2010. She trained in both racing and freestyle skiing before moving to Fernie at 18 when she heard about the epic skiing we have here.

Connie currently works as a ski patroller at Fernie Alpine Resort and is looking forward to filming with Warren Miller as a part of an upcoming Fernie Ski Patrollers segment.

Connie is also the head Big Mountain coach for the Fernie Freestyle Club. She competes on the FWQ circuit around North America. Connie loves working with the local kids on their freeskiing skills and coaching the junior freeski competitions.

Connie is stoked to be riding a pair of K2 Mindbender 115 Alliance skis this season. She is stoked to also be sponsored by Flylow Apparel. 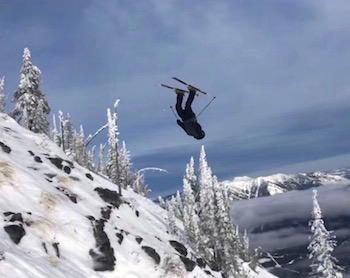 Dale has been skiing in Fernie since the age of 2, already holding onto the Mighty Moose platter himself after the first few runs of his life. His passion for the sport hasn’t faded since.

This year, Dale is traveling around western Canada for the IFSA (big mountain) and CFSA (slopestyle) competition season. He’s excited to gain knowledge about the nature of the sport, explore the backcountry, see old friends, make new ones, and have some fun.

Along with some like-minded friends, Dale has started making ski movies in a collective called Drive Threw. Click here to check them out on instagram.

Dylan Bailey moved to Fernie from Invermere in 2018 and has been a sponsored rider at GearHub ever since!

Dylan continues to represent GearHub at a variety of bike races all season long!

This winter, Dylan is stoked to be riding a 2020 Rocky Mountain Suzi Q C70 Fatbike! 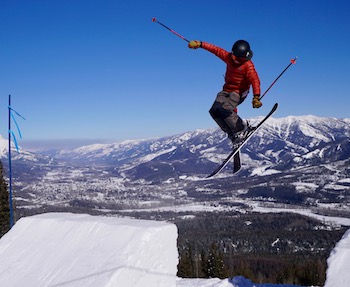 Elek may be young, but this Fernie kid rips!

Elek is a member of the Fernie Freestyle Ski Club, and regularly participates in competitions.

In 2019, Elek came 2nd in the Provincial at Sunshine Village in the under 14 category, and he came in 3rd in the Jeep Junior Freeski competition at Fernie Alpine Resort in 2017.

In 2020 he will participate in competitions in Jasper, Lake Louise, Red Deer, Sunshine, and Calgary. 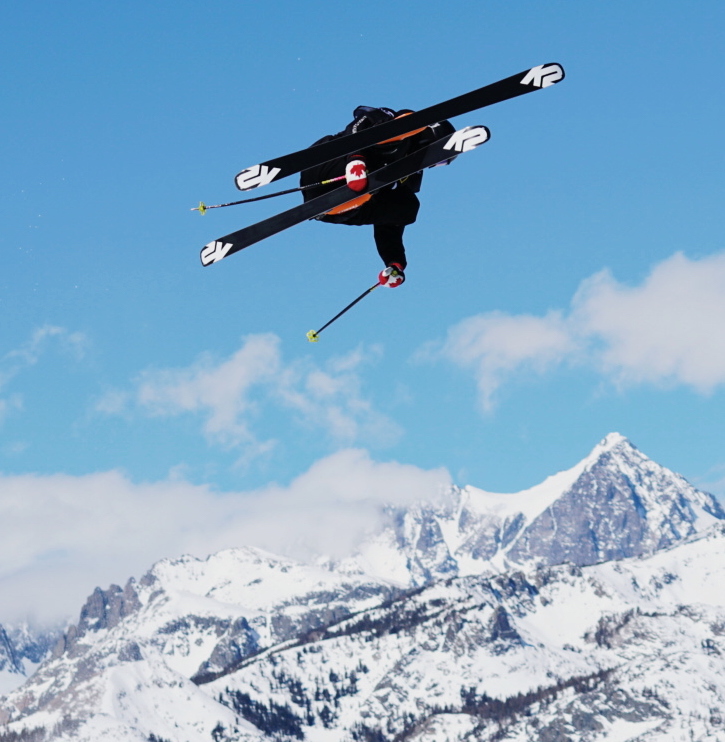 Finn grew up skiing in Fernie every weekend on the Fernie Freestyle team where he developed base skiing skills, as well as at competitive park teams in Calgary. He started skiing competitively at around age 10 in both big mountain and slopestyle events.

About 7 years ago he transitioned into full-time slopestyle training, and 3 years ago he joined the Canadian Next Gen pipe team and is now a competitive pipe skier on the World Cup and Nor am circuits.

Fernie will forever hold a special place in his heart, even if he only makes it up a couple of times a year because of training schedules. Finnian is now pursuing new passions though he'll always have the mountains at heart. 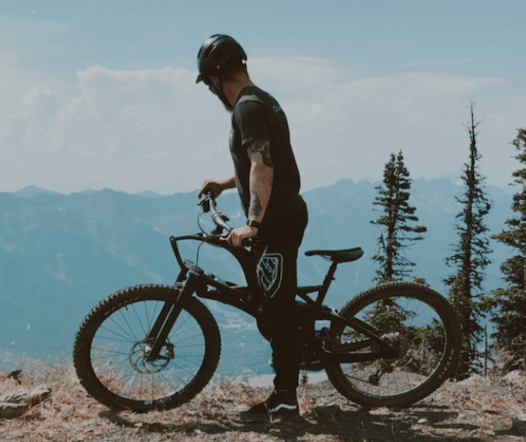 Jake grew up in Nelson BC, skiing, mountain biking, and playing hockey. Having grown up in the Kootenays, he fell in love with extreme sports, and the creativity of both performing and capturing them.

Having never done any racing or official freestyle training, and idolizing Shane McConkey, Jake has a “just send it” approach to the mountain.

Jake looks forward to capturing unique lines and tricks, as well as utilizing his drone more 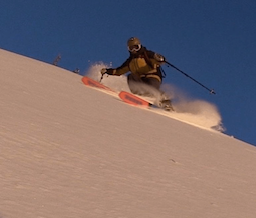 Jeff is a mix of big mountain culture and the arts. Jeff entered the competition world earning the title Freeride Wold Tour Champion. Video segments with MSP and TGR soon followed. Jeff began building independent Freeride events in Western Canada in 2000. 20 years and over 200 events later, his commitments extend from athlete to educational ambassador in the big mountain community. “Ride new lines, make new friends, learn something about yourself and you win”. 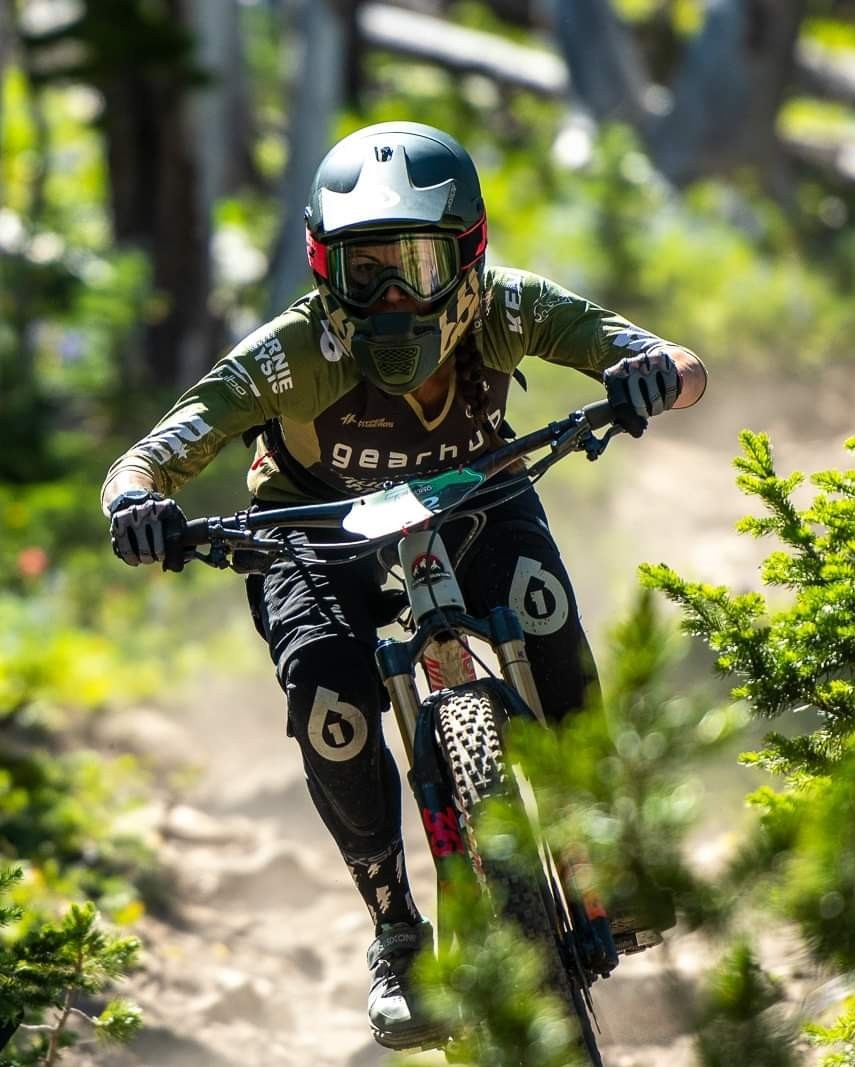 Jena has ranked as a professional bike race athlete in the top 10 Nationally (USA) with both cyclocross and cross country mountain biking. Jena is the reigning US Fat Biking National Champion, became a British Columbian cross-country marathon mountain bike Provincials Champion, has taken the overall win (and podiums) in several prominent international mountain bike stage races, and in her first year of racing elite enduro, qualified to partake in the Enduro World Series circuit.

Jena is a technically dominant rider. She loves the authentic challenge of raw, natural terrain and features. “The rootier and rockier, the better!” 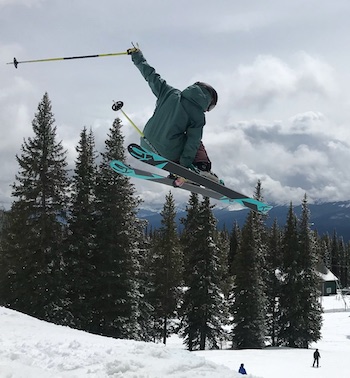 Julie grew up in Quebec where she learned to ski in the Laurentian mountains. She became a ski instructor in her hometown St-Sauveur at 15 years old. Since then she has worked close to 20 ski seasons as an instructor, freestyle instructor, and big mountain coach!

Julie especially loves working with other female athletes and inspiring young girls to push their limits, and was lucky the past few years with the big mountain team to coach the same group of teenage girls and to watch them grow into badass skier girls! 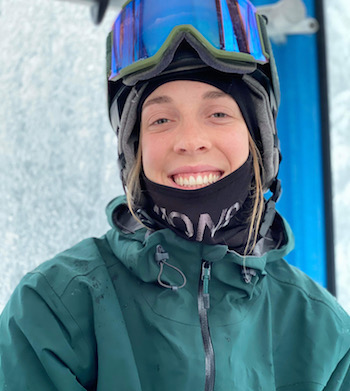 She now lives in Revelstoke, BC where she works as a mountain bike guide for Wandering Wheels and serves at the Craft Bier Haus.

She has eased out of competitive skiing but still races some Enduro mountain bike races and is an ambassador for Juliana Mountain Bikes. In the winter she skis at the resort and pushes herself to learn and practice skiing safely in the backcountry. She wants to use her talent to inspire women in sports and pass along to local youth her passion and love for the mountains.

This year Micah is stoked to be riding the K2 Mindbender 116 Cs as part of her backcountry touring setup! 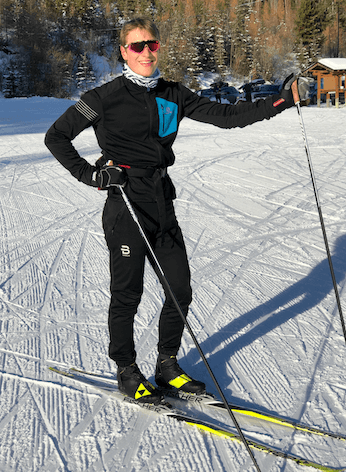 Seventeen-year-old Fernie local Nathan Savage is racing for the Cross Country BC Provincial Team Development Squad. The highly regarded accomplishment required lots of dedicated skiing and training.
Nathan started alpine skiing at the age of three and nordic skiing at the age of nine.  When he was 13 he joined the Fernie Nordic Race Team and by his third year was making finals at the BC Cup races. This motivated him to set his sights on racing for the Cross Country BC team.
The development squad team members were selected based on their performances at the Western Canadian Championships and BC Cup competitions. Being a part of the development squad allows Nathan to attend training camps and train at an elite athletic level while receiving support from provincial team coaches.  In the East Kootenays, this level of support is with the Kimberley Nordic Racers.
“I love how fun the steep hills are and going at high speeds around corners, and how light I feel when I sprint up a hill as fast as I can,” said Savage. “Most of all I enjoy the races, meeting new people, hanging out with teammates, pushing myself as hard as I can, and seeing how much I keep improving the more I race. Thank you Gearhub Sports for your generous support and for helping me be my best!” 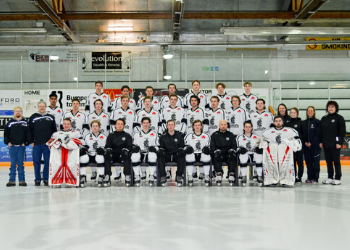 GearHub is proud to support a variety of awesome local events and organizations, including:

As featured on the Amazing Race
Select bikes on SALE now!
Free shipping on orders over $250*