The 2020 K2 ski lineup is here, including the much anticipated 2020 Mindbender collection!

New this year is the freeride-inspired K2 Mindbender collection, a collection of 13 skis which are replacing the Pinnacle and wider Luv skis in the K2 family. The Mindbenders generated a lot of buzz earlier this year at the 2019 Freeskier Outdoor Retailer Show, when Freeskier Magazine awarded them a "Best of Show" award, and went on to describe the 108 Ti in particular as "a whole buttload of fun." 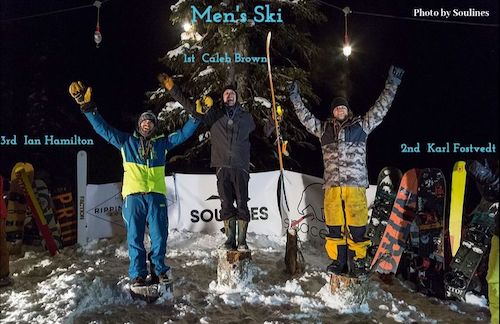 We've been stoked about the Mindbenders since last winter, when GearHub staff member (and K2-sponsored skier) Caleb Brown got an advance pair of the Mindbender 116 C and Mindbender boots. Not only did he seem to be having way to much fun on these at our local Fernie Alpine Resort, he also rode the Mindbender setup to first place at the Soulines Backcountry "Big Line Contest" last March.

Here's what Caleb had to say about his Mindbender experience:

"Among many other amazing days, this gear took me through seven major days of touring at the Meadow Hut in Golden which had us skiing at -20 temps, super deep snow, big couloirs, and almost an unlimited selection of pillow lines. The skis and boots performed incredibly.

Shortly after that trip the gear helped me get on top of the podium at Soulines, an invite-only backcountry big mountain event near Nelson, BC where the athletes were tested on avalanche skills, then judged on line choice, technique, control, fluidity, and style."

Check out Caleb's winning Soulines run below (as filmed by Mark Stan Wlodarczyk):

With the new Mindbender collection, K2 is focusing on what they are calling a "torsion control design philosophy," which means that the forebody of Mindbender skis is more torsionally stiff than the aft body. This means the Mindbenders are precise and powerful at the top when initiating a turn, and compliant enough in the aft to allow for a controlled exit (read: drift and smear capable). 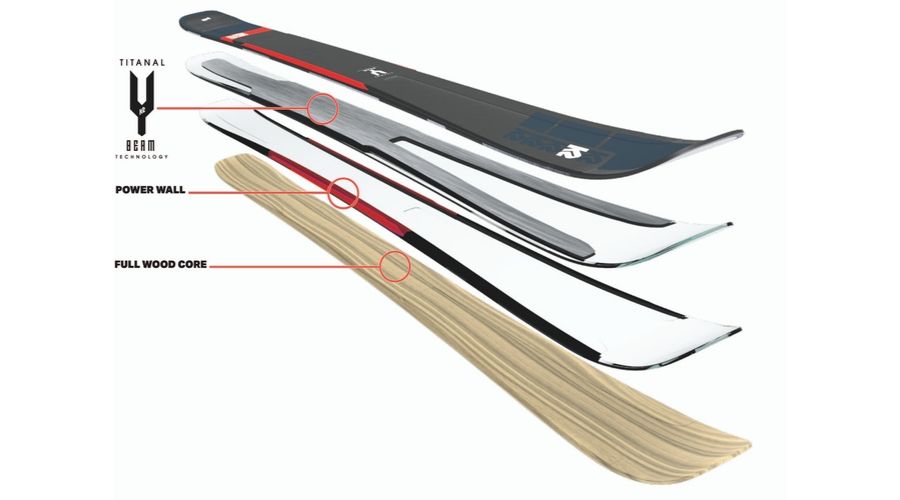 Titanal is a mostly aluminum metal with isotropic properties, which is a fancy way of saying that it retains its strength as it is torqued in any direction. The Mindbender "Ti" skis have a strip of Titanal running from the tail to the tip where it widens out into a Y shape. This makes for a ski with precision in the front end, incredible stablity underfoot, a low swing weight, and edge taper in the tail.

The Mindbender "C" skis are lighter and more playful, with a layer of carbon fibers covering the whole ski. The patent-pending Spectral Braid weaves the carbon fibers at different angles - starting at about 45 degrees in the fore and tapring down to about 10 degrees in the aft. The result is a ski that is stiff where you need it to be, and flexy where you don't (or, if you want to get technical, these fibers give the Mindbenders optimal torsional rigidity while their longitudinal flex is more adaptive).

Have a look below to see what the 2020 Mindbender collection!

The 116 C is the fattest ski in the Mindbender collection, and replaces K2's 118 Pinnacle. When a brand like K2 decides to replace a ski that's as successful as the Pinnacle, you know they must be pretty confident that the new ski is going to deliver, and the 116 C does just that. Here's what Caleb had to say about this versatile freeride fatty:

"The new blunt nose prevents tip dive, and even with more volume in the tail for added stability the MindBender 116c still weighs 1.5lbs lighter than its predecessor, the Pinnacle 118. The carbon within the skis is a carbon braid, so there is still a true wood core. The Paulownia core mixed with Maple strips keeps the ski light, yet stable and precise. The tip and tail have almost no sidecut, allowing the ski to make high speed smear turns without the edge catching. All I can say is K2 really nailed it with this one."

See them in action! Check out Caleb's video from a trip to the Meadow Hut in Golden last winter, where he's riding his 116 Cs in some perfect pow pillows:

The 108 Ti has been getting lots of buzz. According to pro freerider Felix Wiemers, "The Mindbender 108TI is a crazy ski in terms of diversity and precision."  The 108 Ti is a great ski for Fernie - a super stable all-mountain wide ski that loves everything from groomers to moguls to powder. Shop this ski

The jet black 99 Ti has been nicknamed "The Widow Maker" by early testers because of just how fast these skis can go. K2 has said that this is the Mindbender collection's "one ski to do it all" - the 99 Ti is consistent through all different snow types, and it loves to charge. Shop this ski

The 90 Ti is almost as fast as the hard-charging 99 Ti, but with a little more versatility at lower speeds. Shop this ski

The 90 C is a little more forgiving than the rest of the Mindbender family, and is a great introduction to the line. With the Carbon Spectral Braid technology, this is a good choice for riders who prefer Carbon over metal for a lighter, more playful ride. Shop this ski

Professional skier and K2 Alliance member McKenna Peterson, who was deeply involved in the development process, had this to say about the Alliance series: “I’m incredibly proud of this line of skis. These aren’t women’s skis because they are less in any sense. These are women’s skis solely because they were designed by women.”

The 115 Cs are surfy poppy skis with a female-specific flex pattern that excel in deep snow. In a review of the 115 Cs, Blister said "the Mindbender 115C offered a near-perfect balance of performance and weight, even across varied conditions and terrain." Shop this ski

The 106 C is designed to be a versatile, light, and stable all-mountain ski. These wide planks are made to rip!  Shop this ski

The 98 Ti Alliance is one of two Mindbender Alliance skis with Titanal. K2 says that this ski is "Built to charge through chop, handle the deep stuff, and hold an edge like you’ve never seen on hardpack."  Shop this ski

Similar to the 90 C in the men's line, but with the Alliance's female-specific flex pattern, the 90 C Alliance is a little more forgiving than the rest of the Mindbender family, and is a good choice for riders who prefer Carbon over metal for a lighter, more playful ride. is Shop this ski

K2 lovingly refers to the 85 Alliance as "the gateway drug" - a great introduction to the Mindbender line tech and shaping for the intermediate rider. Shop this ski

Along with the new line of skis, K2 has also developed the new Mindbender ski boot, which borrows some of the tech from their super light Recon boot and combines it with a proprietary walk mode mechanism. With GripWalk soles, a Powerlite shell, and full heat modability, these boots are ready for anything.

Here's what Caleb had to say about the Mindbender ski boots:

"If you have skied and like the Recon, you will love the Mindbender boot. Same fit, same feel. I didn’t even notice a difference in flex, if there is a difference it’s miniscule. This boot has a staggering 50 degree range in the walk-mode and weighs in at just under 1700g, beating other boots in its category by roughly 100 grams, which is about as much as a pair of powder baskets, but in this day in age, you know it, weight matters!

Of course these boots are equipped with tech fittings and a solid walk-mode latch, which is, by the way a massive improvement to the old Pinnacle walk mode. One thing that K2 boots have over other brands that not a lot of people know about is a heat moldable liner and shell. Yes, you can mold the shell, which can save you from having to punch that pesky bone spur that you have had to punch every time you get new boots for the last how-ever-many years."

K2 has released several models for both men and women. Here's what's available in-store and online at GearHub: 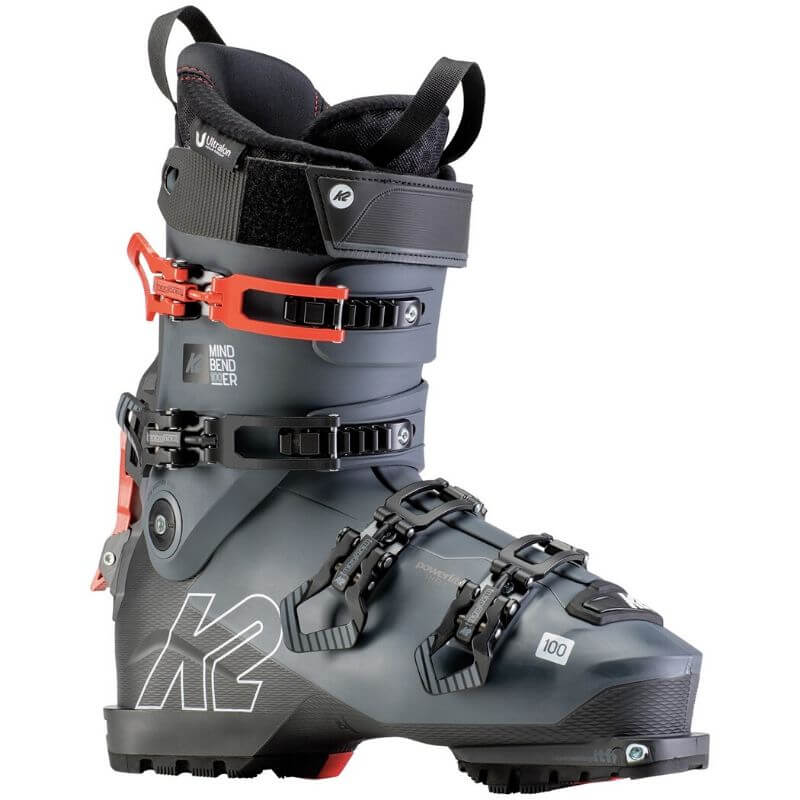 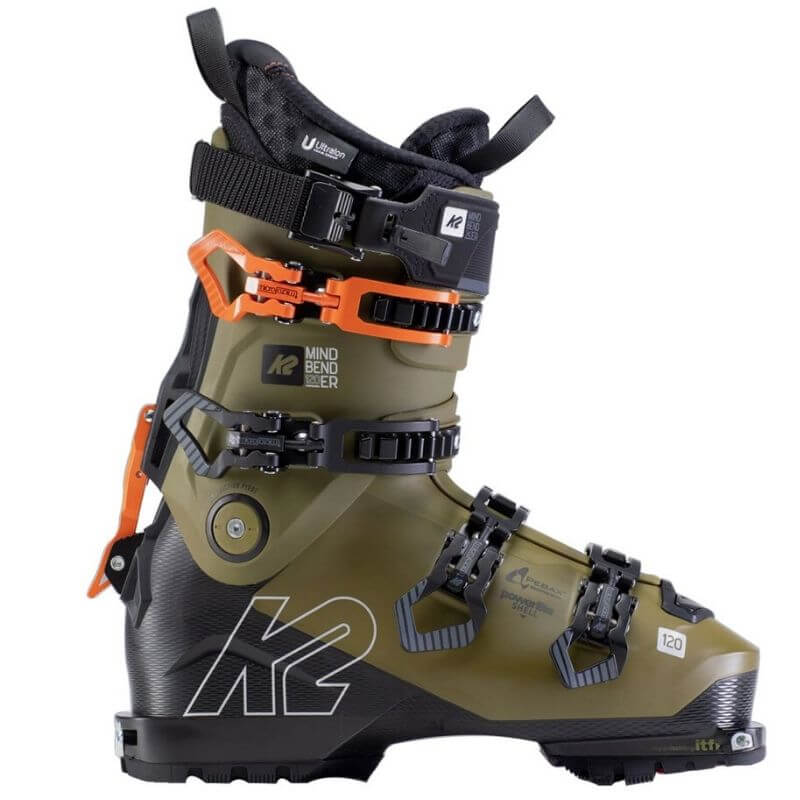 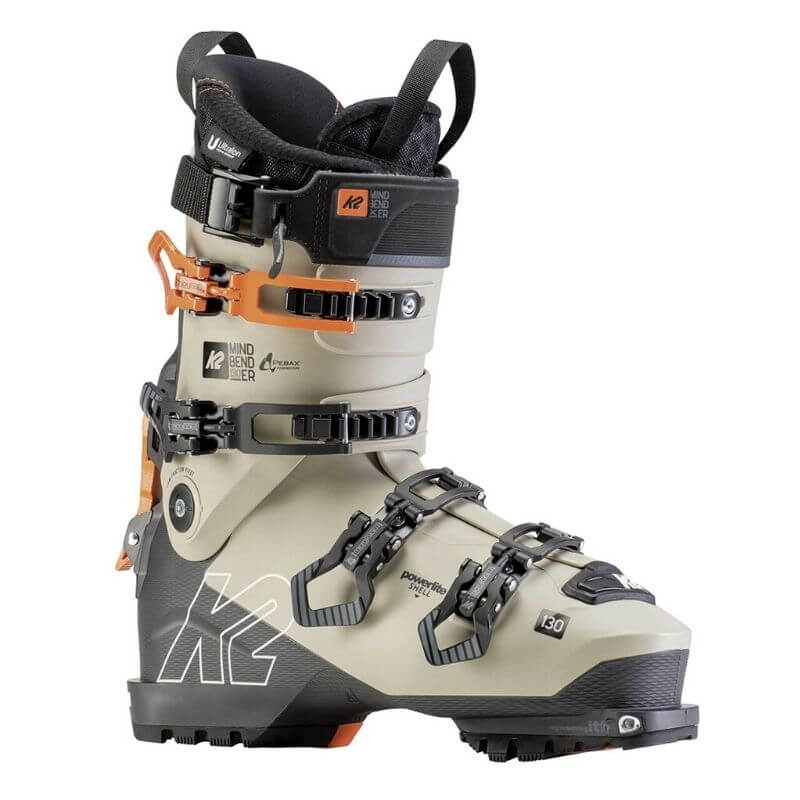 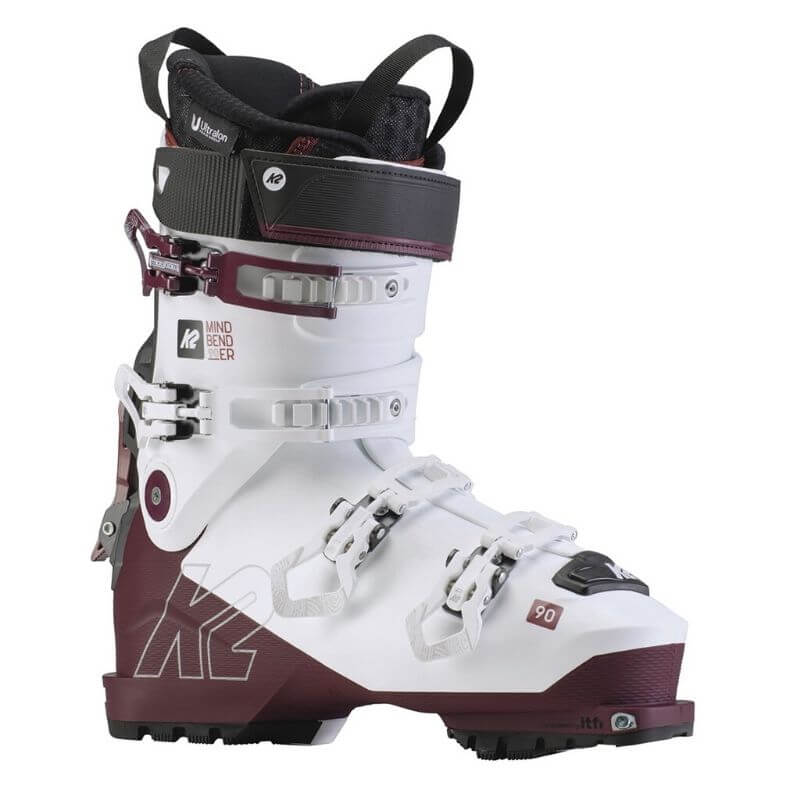 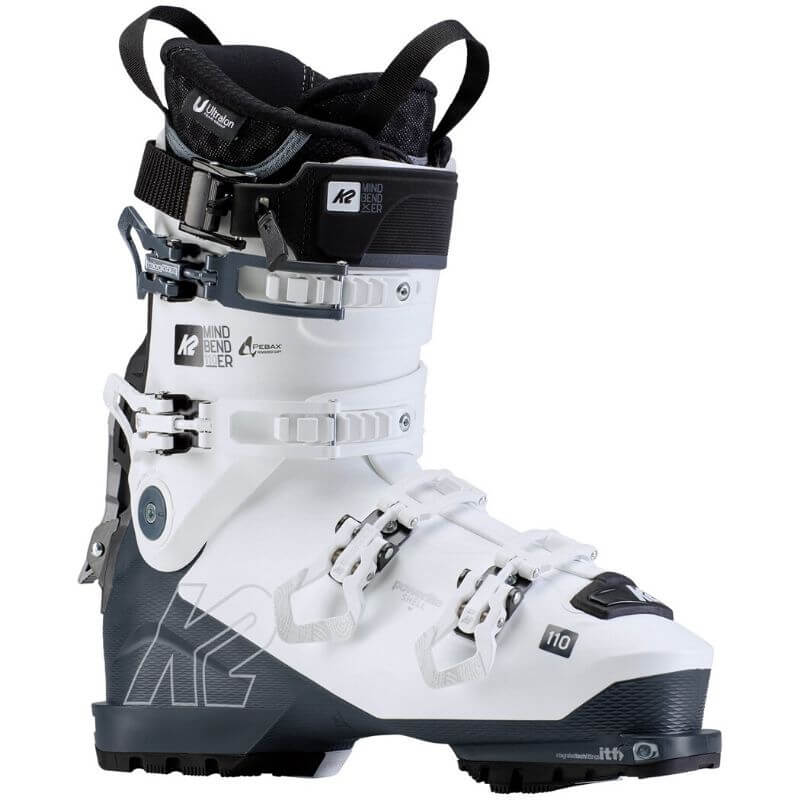 Along with then Mindbenders, the rest of K2's 2020 skis have arrived at the shop, including the Marksman, the Catamaran, and the Wayback 106.

Looking for K2 gear on sale? Click here to save big on K2 products from seasons past!